I love this kind of year. The weather is cold, sharp and crisp; the Christmas lights and decorations light up town centres both big and small; people bustle around shops with a frantic sense of purpose (“I MUST find something for great aunt Sue because she won’t have anything to open!!”) and what I find really amusing is the fact that all of a sudden, it’s customary and appropriate to ask everyone you see, whether they be family or strangers, about Santa and their plans for the big day. This might just be because I’m from a small town in rural Devon, but whether you’re being served in a shop or chatting to your boss at work, it’s the easiest small talk in the world and everyone has a similar answer. Most of the time it revolves around spending time with family or people they love which is the part I always look forward to at Christmas.

Being some of the youngest in our family, my cousins are all grown up with spouses and children of their own and rarely travel down to the shire, so Christmas is a perfect time to see all the family together and we can get 4 generations under one roof. We have a wonderful time all squashing into my aunt and uncle’s house and parking ourselves on a variety of mismatched chairs, tables borrowed from the bowls club amid cries of people shouting ‘stop hogging the prawns!’ The house is cosy from the fire and too many bodies wearing too many layers and the table is scattered with decorations including snowflake table confetti which can be very easily stuck to faces when you lick it. I know it sounds a bit gross, but when you’ve got fully grown adults with pockmarked snowflaked faces it’s hard to not smile.

Another crazy tradition we have is the infamous breadstick eating contest. My sister and I compete with whichever of our cousins are sitting nearest to us to see who can eat a breadstick the fastest. We seem to let the side down every year! My breadstick seems to end up being chomped in one side of my mouth and falling straight out the other leaving me in a crumby, giggling mess. This year, I’m going to try taking bigger chomps…I’ll report back with the results of this new technique!

After food, we’ll walk around the hills nearby all bundled up in new jackets and sometimes wellies and attempt to burn off a fraction of the deliciousness consumed but when we return, the exercise is deemed pointless as we’re bombarded with offers of more mince pies or turkey sandwiches.

By the end of the day, and after many games of cards, we return home sporting generous food babies and absolutely exhausted and ready to sleep for a week. We all have had a wonderful day and just like that, it’s all over for another year. The post-Christmas blues suck!

Christmas for me is spending time with family and that’s probably what makes it my favourite time of year. Well, that and the fact that during Christmas time, it’s perfectly acceptable to have a nap mid-afternoon and people don’t ask whether you should stop procrastinapping and do some work!

I hope that whatever you’ve spent your day doing has been marvellous, Christmas love :) x

I’ve seen a few of these kinds of posts on several other blogs recently and now I feel that the time is right for me to do one of my own. I know I’ve taken inspiration from the people around me a lot lately, but this has been a particularly difficult patch which has both worsened and been more manageable due to those around me. I hope you get a sense of what it’s like to be a 20 year old from this post and some of the ones that have come before it :)

I still remember the day when we decided we were best friends. It was last year and I wanted to change your name in my phone to mark the momentous occasion. I misspelt ‘bestie’ and it turned out as ‘beastie’ and that stuck like cotton wool on Velcro. You ripped into me for that, I remember, but adopted it all the same and over the last year, that’s what you’ve been to me. My beastie. A term that has altered meanings several times and become as complicated as the situation we’ve found ourselves in now.

It’s strange to think that I’ve only known you for a year and a few months, because I feel like I’ve known you for a lot longer. You know things about me that people I’ve known since primary school don’t, heck, even my parents don’t know most of it. You understand me on a different level. You’ve let me be vulnerable around you and have been my closest source of support during some difficult transitional stages in the roller coaster that has been the last year of my life.

Perhaps we shouldn’t have tried to change that.

Maybe it would’ve been better if we’d stayed in the primary manifestation of beasties? Rather than taking things a step further and ending up fucking each other over.

Because that’s what’s happened now, isn’t it? You’ve hurt me pretty badly, I’ve never shed as many tears over someone as I have over the past few months over you.

I’ve hurt you too though. I wasn’t perfect. I tried my hardest because heaven only knows that I’d do anything for you. I think you know that too, don’t you?

We made errors in the beastie mark 2 phase and fucked each other over.

I’m writing this because I can’t sleep. I have so many thoughts swirling around my head and the majority are about you. I want to say these things to you in person but you know me, I start mumbling and can’t manage to choke anything out. I miss you terribly and that’s what I want you to know more than anything. I miss you and I love you.

One of our friends said to me that you can’t invite someone else into your life until you’ve sorted it out for yourself and you’re happy with it. My mum said that same thing to me in the summer, I told you about it, remember? That’s what I need to do right now. This situation has messed me up enough and made me so poorly. Now I want to work me out and call the shots for a change. You’ve got such a beautifully strong personality that you can drown me out when we have chats like this but now it’s my turn and I’m the one being strong. I need you in my life, but as beastie version 1. For now at least. Maybe we can re-evaluate another time, perhaps we could see what happens after I come back from my year in France next year? When we’re both more stable. I’d like that :)

I still need you as my best friend though. Let’s take the Christmas holidays to lick our respective wounds and do stupid shit that people our age do and then in January maybe we could make chilli? Our chilli is the best. Or some more eggs and bacon? I promise I’ll chop the bacon faster this time!

I still think (and always will) that you’re the best guy who’s ever loudly and abrasively stumbled into my life and I hope you’re not too cross I’ve used you for inspiration again. Please don’t call me a penis again!

There is a certain type of person in this world I wish to discuss. Let me tell you about this most peculiar breed.

These people are unknowingly selfish and can’t really do anything to help it. They can subject you to endless amounts of tossing and turning at night and can really kill a good night’s sleep.

They take from you the thing you love the most in the world at a really inconvenient time and can very easily send you into fits of anger to a greater extent than the 5 smug, punchable faces of One Direction winning an award for ‘Best Pop/Rock Artist’…I mean, come on, how does that not make you rage?

The duvet hog or duvet whore if you prefer is the assassin of deep sleep, the murderer of that awesome dream (you know, the one where you’re eating a stack of pancakes as big as your head while riding a unicorn down the beach with Channing Tatum…I don’t know what you dream about, you weirdo), the destroyer of your important REM time.

Picture the scene: it’s the middle of the night. There’s someone else in your bed with you for whatever reason…cough, I’m not going to judge, it’s fine. No, no I’m sure you were just sleeping and it’s just a friend, you’re right! Don’t worry, your secret is safe with me ;)

Middle of the night, you wake up feeling a bit chilly, you must’ve pushed the duvet off earlier on. Don’t worry, just grab for it…where is it? Where’s the duvet gone? You fully wake up in a state of panic, the lovely dream long forgotten.

There it is. Your partner in slumber has it and they’ve completely enveloped themselves in it so that human and bedding have become one and subsequently leaving none for you. Great.

Now you have two choices: either be cold until they roll over and inadvertently give you a corner, or you can WAKE THEM THE HELL UP and get some quilt back. Personally, I’ve always been more of a suffer in silence kind of girl.

Safe to say, these people are some of the most annoying you could possibly share your sleeping hours with.

I myself know a duvet hog. He is one of the most territorial keepers of the duvet I have ever met, dude’s definitely guilty of this most disruptive of crimes. It doesn’t help that he’s also very strong so there’s no way I could try and yank a corner of that sweet, comforting duvet back.

In the morning, when he asks if I slept well, I smile and say ‘of course’ despite my freezing tootsies. I return the question and the answer is always a smile and a nod.

I don’t mind though, I enjoy his company.

Before we drift off, we tend to lapse into a comfortable silence of two people who don’t need to say anything in order to be close. It’s refreshing and relaxing.

I imagine people can harbour a certain degree of resentment towards their personal duvet hogs but I quite like mine. I like the late nights spent talking and laughing and then drifting off to sleep together. I like waking up in the morning and knowing that there’s another round of happy conversation waiting once we’re both awake.

And I suppose I don’t mind waking up in the night and feeling a bit cold if it means I can have all these other things.

My best friend is a duvet hog, but I wouldn’t change him for the world.

Now playing: The Blackout – We Live On 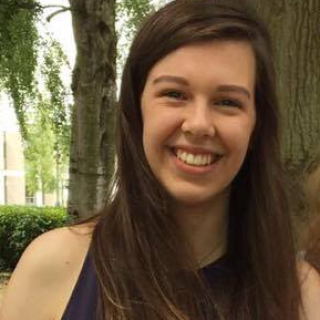